I had dropped a shot of this one on Facebook, but thought this next one deserved an official post.  My final Christmas commission was a painting of a sweet cocker spaniel named Quinn.  She is a mild mannered little thing, over 13 years old and the sweet companion to her owners Wanda and Ed.  This painting was a mini portrait, at 5×7″ arcylic on canvas it’s just small enough to tuck into a corner somewhere in the house where they have other art of their pets but still large enough to really capture her.  An added perk was that it was a standard size for many frames as long as they were deep enough. 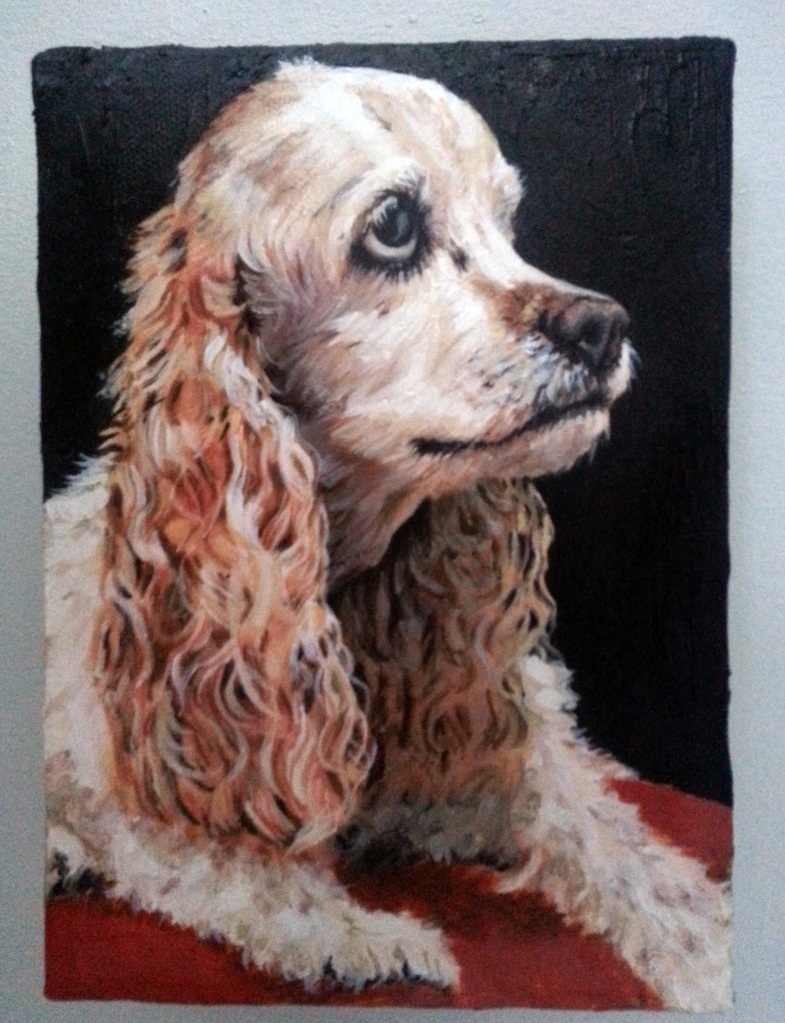 I had wanted to use a dark ground for Quinn, I thought it would help her stand out with her light, tawny coat.  Also, Wanda loves to decorate with rich finishes so I thought the colors would all work well for her.  Also, Quinn had some old lady tooth issues, so I had to take care in what angle I photographed her.  I also wanted to steer clear of any flash shots which would flatten her out too much.

I liked the lighting here but took liberties with the setting to make it more dramatic.

In the end I was thrilled to see Wanda’s reaction when she first saw the portrait and said, “Oh it’s my Quinny, it’s just her eyes”.  Success!